Altamira is a cave in Spain that became famous for its colored cave paintings, depicting the wild mammals and the human hands from its vault. It is located near the town of Santillana del Mar in Cantabria, 30 km west of the city of Santander. The cave was declared a UNESCO World Heritage monument. The cave has a length of 296 meters and is made up of a series of twisted rooms and underground passages in the shape of S. The main access routes are between two and six meters high. This cave is famous worldwide because of its prehistoric paintings discovered here, which are 15.000 years old.

Most of the drawings on the cave walls of Altamira represent bison, wild bulls, horses, a deer and other simple representations. Eight engraved anthropomorphic figures, various palm prints and hand contours can be found in the cave. These paintings capture through dimensions and details, their authenticity being questioned in the moment when they were discovered. The natural representation of the animals is truly amazing, as only three colors were used: ocher, red and black.

The beginnings of the art lie in the period when the current human type Homo sapiens appeared, and this is in the Upper Paleolithic; which means so far 30 or 40.000 years. The development of the human civilization was not uniform in all parts of the globe. Sculpture preceded the painting. The first works, let's say 'art works' were representations of animals or people made in clay, stone, bone, horn or ivory. The series of over a hundred female statuettes found in different archaeological resorts, from Siberia to southern France, is the best known. The statuettes are called, ironically, of course – 'Venus' ('Venus of Willendorf' in Lespugue of Savignano) – because they are nudes of women with exaggerated implants of their anatomical forms, and the extremities – the head, the feet and the hands – are not at all represented by the sculptor.

These statues did not have an aesthetic function, they were not made to please the eye; they just had a magical effect, intended to express the idea of motherhood; they were all about the cult of fecundity. The presence of this kind of statue which exaggerates the presence of such anatomical forms of the woman-mother (or wanting to become a mother) served to the idea of procreation in a magical way. This magical thinking of the prehistoric human dominates the representations of animals, shaped clay, carved in bone or painted on the cave walls.

In the small cave room (the painted ceiling surface is 18 m / 8-9 m) are 25 painted animals, mostly bison, but also wild boars, horses, etc, of sizes between 1.40 m and 2.20 m. The images of animals in motion are very rare, as if the painter would be more interested in shape, volume and the natural position of the animal. He also gave maximum precision and expressivity to the drawing, in a realistic vision – by the fair limbs proportions, the clarity of contour, the exact perspective of the horns, the overlapping plans, etc. He proved a spatial conception, by the organizational dimensions and the position that every animal took with respect to the neighboring figures.

Altamira Cave access is now restricted because the carbon dioxide expired by the visitors destroys the paintings. There is an artificial copy of the cave and the paintings, in Altamira Caves Museum, located near the cave itself.

The Eiffel Tower, one of the most visited monuments in … 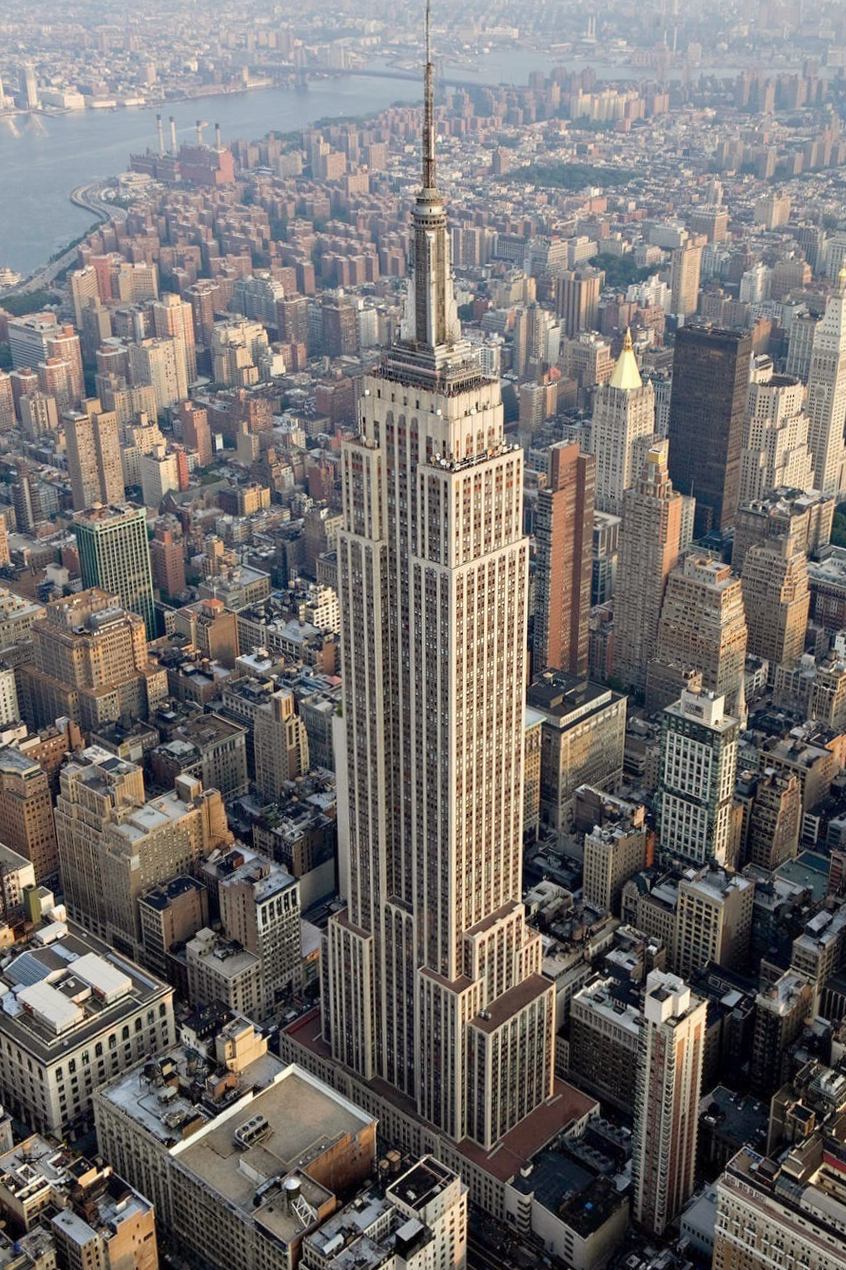 Empire State Building is one of the main attractions of …