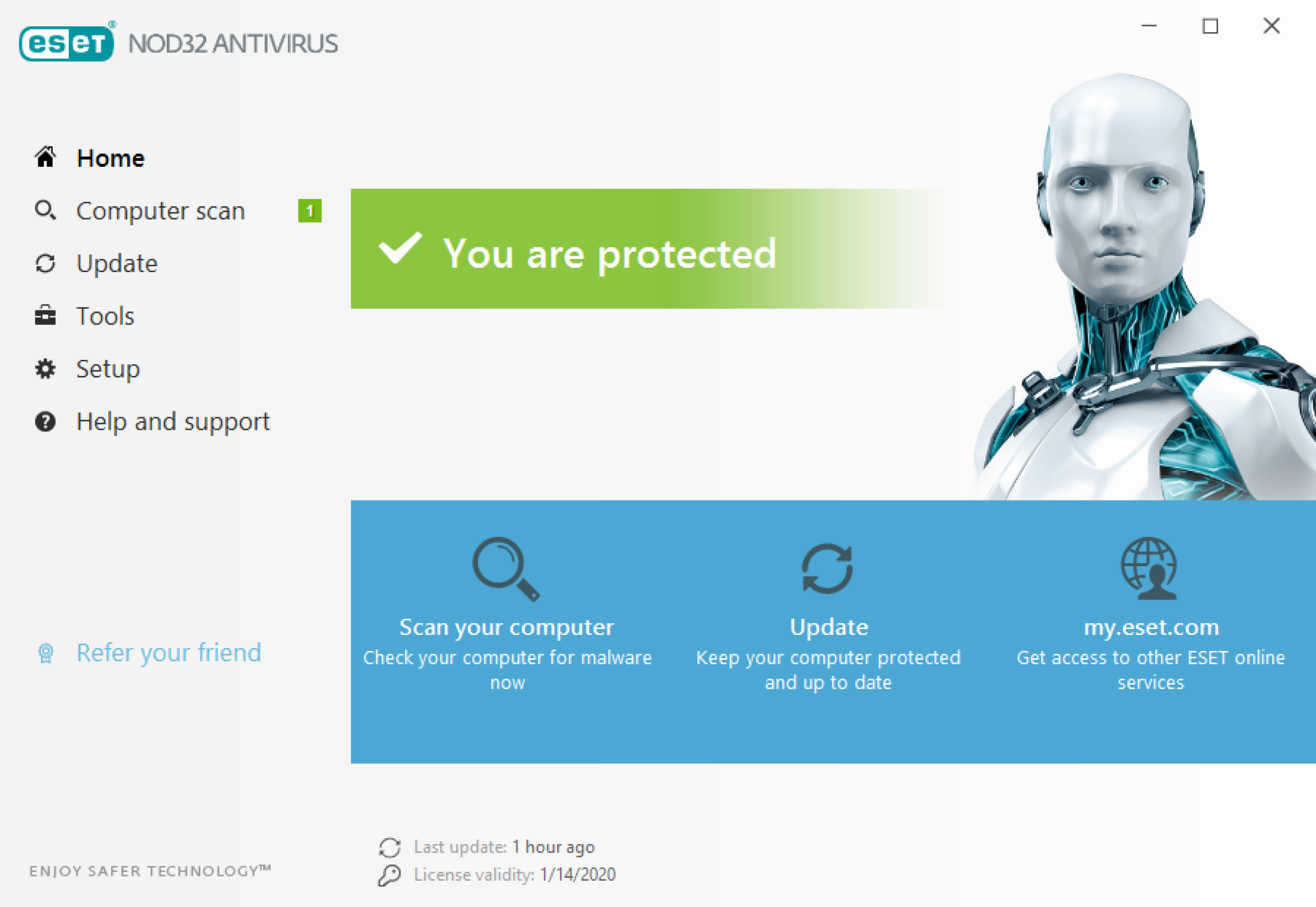 An antivirus software installed on your computer has become rather compulsory nowadays but, luckily, there is alarge array of software from which one can choose and the antivirus software Eset Nod32 Antivirus is amongst them. The truth is that most computer users do not have enough time, motivation and determination to learn in depth the more complex aspects, settings and tools that are becoming all too complex for an antivirus software. This is where Nod32 software comes in as it is very easy to use even for a less experienced user. It has a very friendly interface and, at the same time, is equipped with cutting edge software technology as far as data protection for the user’s computer is concerned.

When we’re talking about installation and minimum specific requirements, the antivirus software Eset Nod32 is very compliant, its necessary settings are automatically installed and it all takes very little time. If you’re amongst the experienced users with this kind of software, it’s important to know that the software also allows the user to choose a customized version on installing, which is also quite fast and it contains plenty of useful applications, each of them equipped with step-by-step guides. This individualized installation also contains necessary settings for the internet connection, automatic updates, password and the warning system called ThreatSense.Net Warning System, as well as the option to enable and disable the real-time detection of programs and files with viral potential. All these settings can also be modified after the installation from the software’s interface, which is very intuitive and well organized.

The antivirus software Eset Nod32 is a software that doesn’t overuse your personal computer. It works on Windows 2000, XP, Vista and Windows 7 (it doesn’t work on older versions of Microsoft Windows). It requires 60 MB RAM (therefore you need at least 128 MB of RAM in order to properly use your computer), 37 MB free disk space for installation and an additional 230 MB free disk space for the software’s swap and temporary files which help the software run properly after the installation.

Similarly to the installation process, the software’s interface offers two different ways to display the information, which is accessible on the left side of the interface. Thus, you can choose the ‘Standard’ mode which contains the basic features like Protection Status, Computer Scan, Update, Setup and Help and Support – or you can choose the ‘Advanced’ mode in which one can find all the above mentions features plus the System Activity menu and the menu called Percentage of Infected Items. The category called ‘Tools’ in the antivirus software Eset Nod32 Antivirus is a new option that pops up on the screen whilst the user attempts to change the Standard mode into the Advanced mode. From the ‘Tools’ menu, one can access the Log files, which is a list of files placed in a state of quarantine. There is also the SysInspector, which is a diagnostic utility which will provide to the user some system-related information and there is also a Scheduler in which the user can set times and dates in which the program to automatically start scanning the computer.

Another new option introduced in the ‘Advanced’ mode is a small sized menu, located in the upper side of the main-menu, where the user can access the settings regarding User Interface, Setup, Tools and, again, the Help and Support section.

As far as the visual aspect is concerned, the antivirus software Eset Nod32 was conceived in a certain manner to make it as easy as possible to be understood and used by any type of user – thus, the icons and the buttons have large dimensions and all of them have intuitive names to point to the corresponding function of each one of them.

Looking at the big picture, the Nod32 software offers plenty of functionalities and has a good looking interface which allows the user to control the software even without having too much technical knowledge in the antivirus field of computer science.

The advantages of using this antivirus software:

The ‘update’ option is permanently disabled in its trial version

In conclusion, there are a lot of antivirus software that one can choose from in this day and age. Nod32 was rather conceived for the users that are unfamiliar with the technical details but who can, in this way, also benefit from a easy-to-use antivirus software which offers the needed protection for the personal computer without being necessary to use a software that they don’t understand and that they cannot appropriately control. 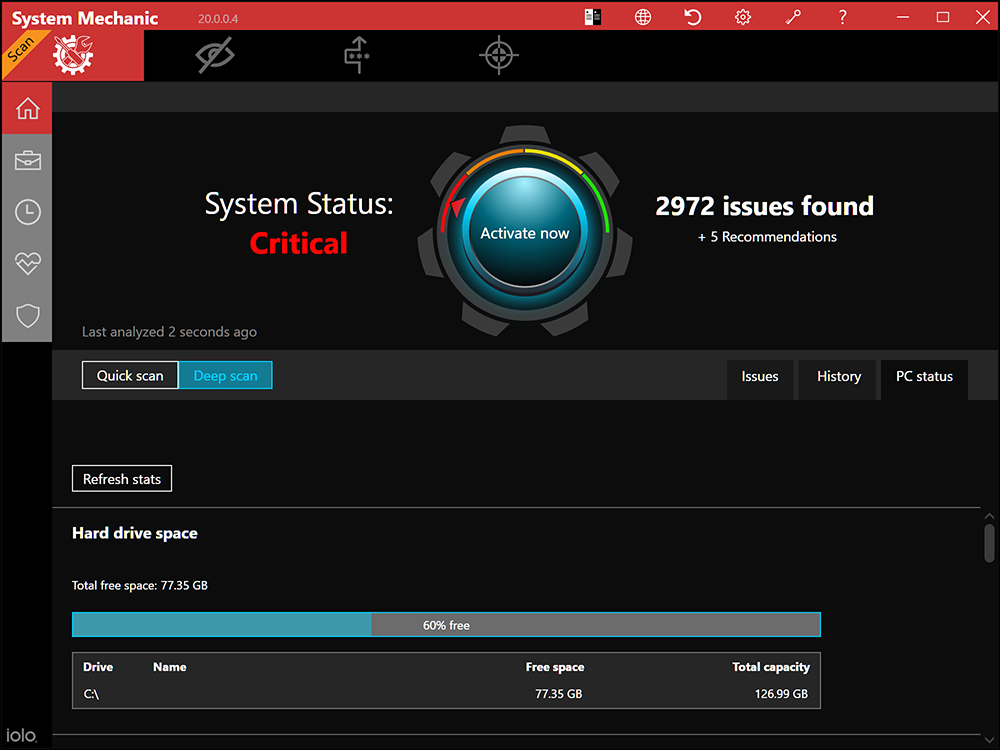 The System Mechanic software is used for the maintenance …

The Animation Workshop software, manufactured by Alchemy Mindworks is …