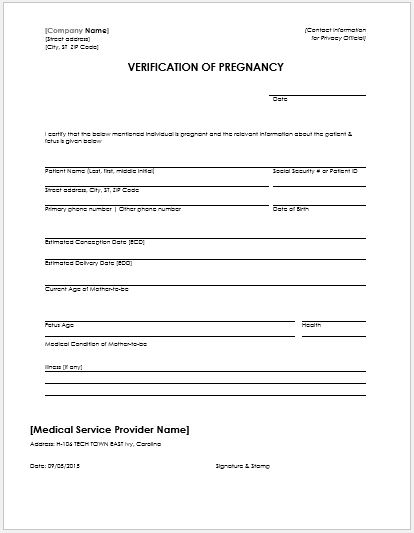 Identifying and confirming pregnancy – whether you try to get pregnant or you wish to avoid this to happen for the time being, it is important to know which symptoms indicate you a possible pregnancy or how accurate the methods to confirm it are. Many women have wondered whether they are pregnant when they realized their period was late. Therefore, let us see how one can identify pregnancy and how accurate the results are:

Until getting a pregnancy test, one should go through the possible early symptoms that might indicate the existence of pregnancy:

Lack of period. It is the first and most obvious symptom – when the egg is fertilized, the woman would not have her next period. Still, this is not always the case. In some situations, a pregnant woman can have short and less abundant bleedings for a while, which can be confused with period. On the other hand, lack of period in one month does not necessarily mean the existence of pregnancy – physiological disorders or various treatments can cause this. Nevertheless, if you don’t have your period, you must take a pregnancy test and get some medical tests (whether pregnancy is confirmed or not).

Sensitive breasts represent the first early symptom of pregnancy, which occurs after three weeks since the egg was fertilized. If the breasts are sensitive when touched, or even painful, or if they are bigger, this might imply the existence of pregnancy. Periods also cause breast sensitiveness, but this symptom combined with the lack of period means pregnancy.

Vaginal leaks and stains. In case of conception, vaginal leaks can be modified, more abundant, sticky, white or yellowish. Moreover, there are cases in which blood stains are found on the underwear.

Sickness and nausea. Generally, sickness is a late symptom of pregnancy, but it can be experienced earlier as well. If you are suddenly sensitive to smells that did not bother you before and you’re experiencing frequent nausea (in the morning or not), you should do a pregnancy test.

Tiredness with no apparent reason can indicate the same situation.

Birth control methods used. When you identify these symptoms that are likely to indicate pregnancy, you should think about the birth control method you have used and how safe they were, the rate of failure and if you have used them right (perhaps you forgot to take a pill or the condom was broken, etc.)
Intuition. Last but not least, never ignore your intuition – if something tells you it is possible to be pregnant, take a pregnancy test as soon as possible.

At the beginning, you can take a urine pregnancy test at home, which can answer the question “am I pregnant?” These tests detect a pregnancy hormone – HCG – in the urine. The hormone is secreted in the body only after the fertilized egg is implanted in the uterine mucosa and its level increases as the pregnancy develops. Therefore, a pregnancy test can reveal a useful result only a week after from the act of conceiving. This means that it is pointless to take a pregnancy test if your period is late for only a couple of days – you should wait for at least one week after the day you were supposed to have your period.

Unfortunately, these pregnancy tests are not 100% accurate and it is recommended to have one again after a few days, even if the results are negative (you can take it for a third time too if you’re still experiencing symptoms that indicate pregnancy). However, if the result is positive (it indicates pregnancy), you must schedule an appointment with the doctor to confirm your pregnancy.

Urine pregnancy tests are generally easy to use – read carefully the instructions and there won’t be any problems. Most of them consist of a small stick that you will introduce in a cup with urine or you will pee on directly. After a couple of minutes, a positive result will indicate pregnancy (two coloured lines or a “+” sign). In order to make sure that the result is as accurate as possible, it is advisable to follow the instructions, do the test in the morning, before consuming anything and ask for the most sensitive test at the pharmacy.

Identifying and confirming pregnancy – tests at the doctor’s office:

As soon as a home pregnancy test indicates a positive result, schedule an appointment with your gynaecologist. He will confirm the pregnancy, based on the blood test. This test detects the same pregnancy hormone – HCG – but this time in your blood. It is 100% accurate and it confirms pregnancy at an early stage, even if the amount of HCG is very low.

After taking the blood test, the doctor will suggest you to do an ultrasound aimed at both confirming your pregnancy (although the blood test has already proven it), but also at establishing how old the pregnancy is, at calculating your due date and identifying sings of possible problems (congenital abnormalities, molar pregnancy, ectopic pregnancy); the ultrasound also checks the existence of a twin or a multiple pregnancy. However, the ultrasound can only be done after the fourth or the fifth week of pregnancy, when the gestational sack becomes visible.

Preeclampsia and pregnancy – Preeclampsia is a condition some pregnant women face and is linked to elevated blood pressure and the presence of some...
Read more
Pregnancy

Things To Avoid During Pregnancy

What should you avoid during pregnancy? If it is your first baby, you are probably hearing all sorts of pieces of advice from everywhere...
Read more
Pregnancy

The 24th Week Of Pregnancy

About the baby… In the 24th week of pregnancy, the baby has around 30 centimetres and weighs around 600 grams. His physiognomy is like that...
Read more
Pregnancy

The foetal Non-stress Test (NST) is a form of optional medical investigation performed during pregnancy. Your doctor will recommend this test to you when...
Read more
Pregnancy

In the 30th week of pregnancy, the baby measures about 40 centimeters from head to toe and weighs about 1, 5 kg. In each...
Read more

WhatAfy is a participant in the Google Adsense program and Amazon Services LLC Associates Program, affiliate advertising program designed to provide a means for sites to earn advertising fees by advertising and linking to Amazon.com