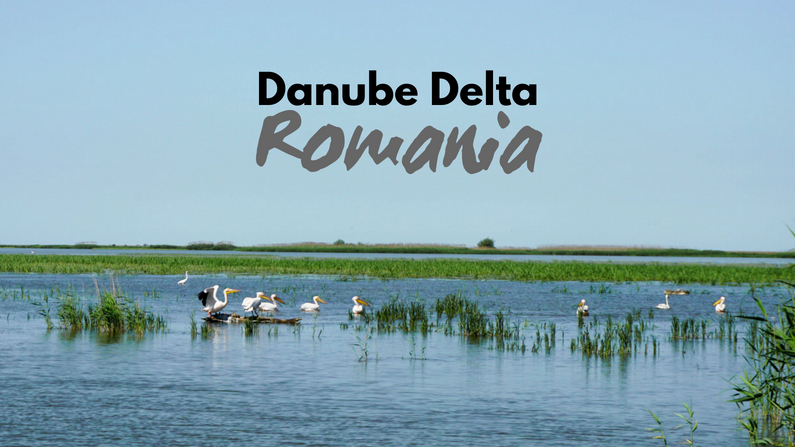 As you may well know, Romania is the only country on the European continent that offers such a landscape – the Danube Delta, because here, the Danube River, which crosses 10 countries, flows into the Black Sea forming the great delta. This presents a storage relief, formed at the mouth of the river into the sea, and the climate encountered here is semi-arid, specific to pontic steppes. The rainfall is low and this makes it one of the most arid regions in the country. The Danube Delta began to form with approximately 5000 years ago, before being a bay. The three arms of Danube – Chilia, Sulina and Sfantul Gheorge (Saint George), have deposited significant amounts of silt.

The Danube Delta is the largest wetland in Europe, and in the same time, this region is the richest in biodiversity. It is a paradise of plants, birds and, of course, fish. It houses about 300 species of birds and 45 species of fish. Delta offers a great image, this being the main reason why many tourists, either from Romania or abroad, choose this destination. Even if they are hardcore fishermen or they just come to Danube Delta to relax, the tourists will spend some wonderful moments in such a wealth of nature.

The population from the Danube Delta

The Danube Delta began to be inhabited thousands of years ago. Even if the descendants of the Scythians or Geta havent lived here because of the fear of water, between X-XV centuries, this area became one of the most famous in Europe for the fairs that were held there. Since the fifteenth century, Delta fell under Ottoman rule, and only in 1859 became part of the United Principalities.

The lifestyle of the inhabitants has been stable for a long time. Besides fishing, among the activities of Danube Deltas population we can count the exploitation of reed and rush and agriculture or animal husbandry. Agriculture is not the strongest point of the Danube Delta, because soils are sandy and therefore not fertile.

Your dream holiday in the Danube Delta

The landscape of Danube Delta is impressive. The multitude of lakes and channels that connect different areas allow you to travel on the flow of water, while following the idyllic image of nature. The variety of wildlife is astounding. The plants that are found here are different, some of them being hydrophilic, some not. Among the most popular and best known are reed, bulrush, willows and water lilies. Do not forget that in the Danube Delta can be found many rare specimens, protected by law, such as wild vanilla. Many of these species are found only in exotic lands, but have found here the necessary conditions and therefore they can not be found anywhere else on the Romanian territory. Approximately 78% of the deltas surface is covered by vegetation.

In addition to plant diversity, the Danube Delta offers a real wildlife heaven. Approximately 98% of the European aquatic fauna lives here. For fishing lovers, the Danube Delta is truly the paradise that they always dream of. Besides fish, birds are also not inferior, these creating the deltas fame. The most numerous are the aquatic species such as geese, ducks, gulls or pelicans. Among the most precious ones, cormorant comes first. In addition to seabirds, you can find the pheasant, quail, partridge or lark.

Once you got to the Danube Delta, you can opt for different types of accommodation, because you can stay in a hostel or a hotel located on land, or you can opt for a cruise on a floating hotel. What is certain is the fact that each experience is unique. In addition to tours and cruises, the most adventurous ones can try water sports, or fishing and hunting. For those less brave or less active, there are other activities that will relax and unwind you. Delta is not just for the thrill amateurs. It is in the first place an amazing place which will help you get closer to nature, relax and more than that, you will learn more about the wonderful creatures that live in this paradise. Moreover, the delights specific to Lipovans cuisine will surprise you. The best fish soup and the best brine can be found here. And the main reason is the maximum involvement of the chefs, and the fact that the fish is always fresh.

To conclude, it is good to know that the Danube Delta, like many other natural reserves, is in danger, and the main destructive factor is the man. The development of tourism, hunting, overfishing and pollution, lead to the change of the ecosystem. Therefore, try as much as possible to preserve this wonderful piece of nature.

The Largest Acid Lake On Earth

It can be very difficult to detect an acid lake. A lake does not become acid over night. It takes many years or even...
Read more
Traveling

Family vacations are ideal bonding moments as all the members of the family will get to enjoy all the fun activities together. Vacations though,...
Read more
Traveling

The Enisala Fortification  Traveling In Time

The Enisala fortification is found just 2 kilometers away from the village with the same name in the Tulcea county, Romania. One can reach...
Read more
Traveling

One of the most beautiful nature reserves in Kenya is the Amboseli National Park. Lying on a surface of approximately 390 square kilometers, the...
Read more
Traveling

Accademia Gallery (Galleria dell'Accademia) is one of the most important museums in Florence, mainly because of the famous statue of David, the work of...
Read more